Our experienced team of artists share a lifelong dedication to their craft, as well as a desire to not just to keep traditional Japanese art forms alive, but to continually grow them. They are available for performances both within Japan and globally, at events for children, professionals, classes, and many other occasions.
Profiles 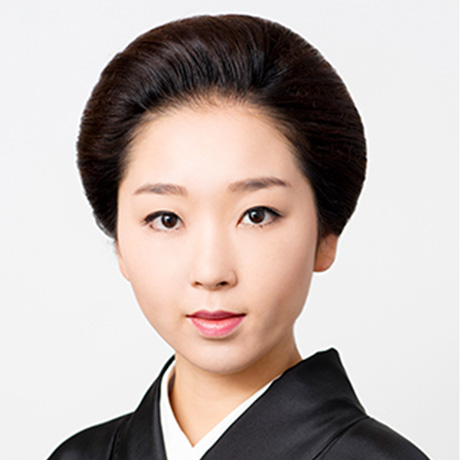 Naoyuri started learning Japanese dance at age two, before also studying ballet, jazz, hip hop, tap and modern dance from age four. She has a strong yet flexible body, which allows her to control stillness and motion with immaculate and elegant precision. Naoyuri performs both Japanese traditional dance and creative works.
To official homepage 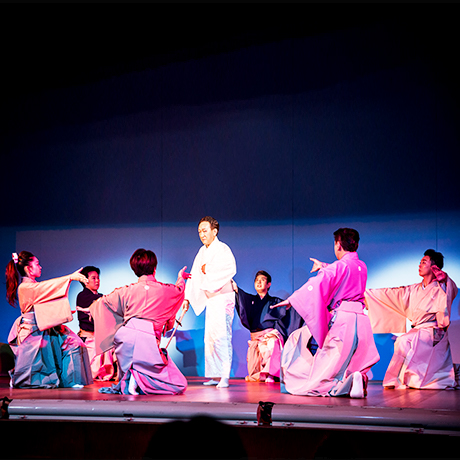 Mushin (“Dancing God”) is a dance group established by Jyutaro Wakayagi and Keijiro Wakayagi in 2013. Each of the Mushin members are iemoto (grand masters) and laureates of their dance schools—powerful and esteemed performers. The group’s mission is to both celebrate tradition and to innovate, by creating artistic and new Japanese dances.

Jyutaro first performed on stage in 1975 at Toyoko Theater. In September 1977, he became an accredited master of the Wakayagi School in Kabukiza. After graduating from Law at Japan University, he began performing full-time as a dancer. He acquired his instructor license in 1979, and established his own school of Japanese dance.
In 1996, Jyutaro was appointed the 4th-generation head of the prestigious school of Wakayagi Jyukeikai dance (one of the five major Japanese dance styles created by Jyukei Wakayagi), and performed at the Meiji Memorial Hall in July of that year. In 2011, Jyutaro held a performance commemorating the 15th anniversary of Iki branch of Jukei-kai, the Wakayagi style dance group based in Tokyo at Iki Cultural Hall in Nagasaki, in addition to annual Iki branch charity dance shows. In October 2013, he held a performance commemorating his 35th anniversary as a dance master at Nihonbashi Theatre.
Jyutaro established creative dance group “Mushin” in 2013, collaborating with young Japanese dancers from other contemporary styles. Initial performances showcased in May 2014, with further performances in 2015 and 2016.
In 2016, Jyutaro hosted the 20th anniversary of his Wakayaki school name-taking ceremony as the 4th generation iemoto at Asakusa View Hotel, as well as at the Iki Cultural Hall in Nagasaki.
Jyutaro regularly performs at Nihonbashi Theatre as well as other theatres across Tokyo. He instructs at branches of his school throughout Japan, including Tokyo, Chiba, Ibaraki, Saitama, Fukuoka, and Nagasaki. 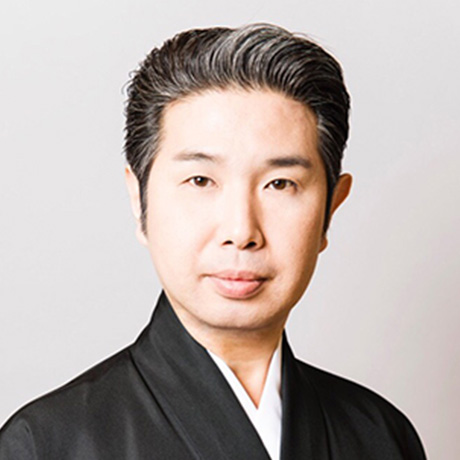 Keijiro started learning Japanese traditional dance and modern dance from childhood. At 16, he had a fateful encounter with master dancer, Jyutaro Wakayagi, who is his master to this day. Keijiro moved to Tokyo at age 18, then, at 25, joined the Jyukeikai-style Wakayagi school of dance. Since becoming a main instructor, he was able to take the name “Keijiro Wakayagi”.
In July 2003, Keijiro received an “Award for Excellence” for his performance of the piece “Kiyomoto Kugutsushi” at the the 14th Japanese classic dance competition at National Theatre of Japan in Tokyo.
In 2008, Keijiro created dance group “Keijiro-kai”, which comprises 32 dancers, and performs regular recitals in Katsushika-ku & Edogawa-ku, Tokyo.
He has also choreographed modern creative dance, and had the opportunity to work with dancers of many different styles. In May 2014, he established creative dance group “Mushin”.
Keijiro performs at “Meiryu-kai”, a dance recital held every year in autumn at Asakusa Public Hall sponsored by Tokyo Newspaper, where approximately 60 new iemoto (grand masters) of dance styles throughout Japan get together and perform. He also performs at “Aoi Dance Association”every year, as well as others.
In 2014, Keijiro joined “Katsushika New Dance Federation”, where where he teaches classical Japanese dance to help keep the traditional alive. He also attends Japanese traditional culture events at elementary schools around his hometown every year as a dance instructor. 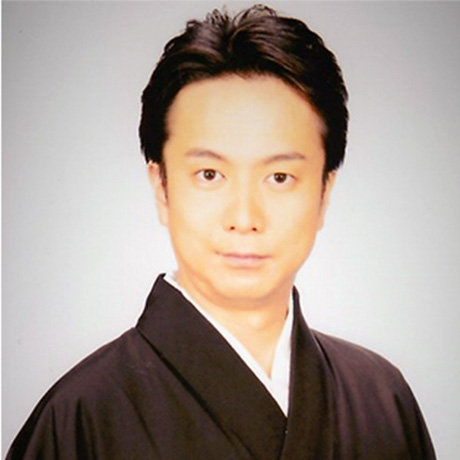 Tomoyuki was born in Asakusa, Tokyo. He started learning dance from his grandfather, Mitsusen Bando, at age 3, and appeared in his first stage performance at age five. From age 10, Tomoyuki began intense training, and was able to reach “Shihan” (Master) status of Katsumi style dance in 2000. In 2017, Tomoyuki became iemoto (Grand Master) of the Katsumi dance style, a style started by Master Mitsunojo Bando, a renowned kabuki choreographer.
Tomoyuki Katsumi performs at theatres such as the National Theatre of Japan, Meiji Theatre, Asakusa Public Hall, and Tokyo Metropolitan Theatre. He also currently supervises five dance schools, including Ginza dance school, and directs Kabuki theatre, the acting group “Tohai”, entertainment group “Avex”, and others. He graduated from Nihon University College of Arts and is a member of Japan Dance Association. 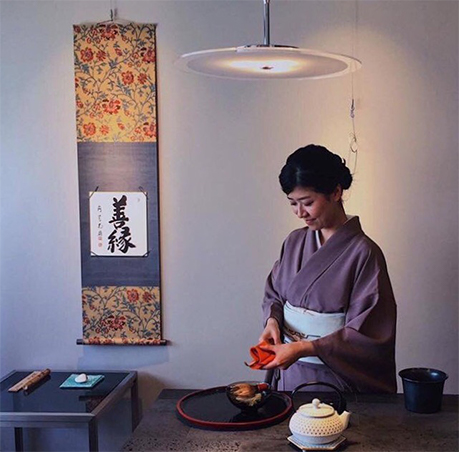 Wa-no-toki plans several tea ceremonies and exhibition at department stores and public events, lessons, events, trip to visit craftsmen and production center. We stick to essence, and try to broaden real Japanese culture and pass on to the next generation. Wa-no-toki members also teach the spirit of tea to mainly children.


Den Tokyo welcomes young aspiring artists and practitioners of Japanese traditional arts to join us. Please fill in the application form on the contact page.